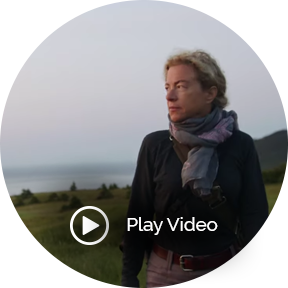 Helene Cyr is a photographer based in Victoria, British Columbia.

This West Coast photographer has a talent for stunning wedding portraits. With a background in fine arts and photojournalism, Helene knows how to perfectly capture the most memorable moments. She has participated in exhibitions alongside Annie Liebovitz, Agence STOCK Photo, Contact Press Image, Alberto Korda, and many others.

Helene has had a passion for photography for many years and was the most recent winner of our Spotlight Contest series. She traveled with ACDSee to Newfoundland capturing the people, nature, and elements that define the far East Coast of Canada.

See Helene’s Photography on her website or on social media

The Photographer Spotlight contest started as a way for us to feature the very thing that keeps us inspired: photographers.

We set out intending to capture the why and how of amazing artists, and professionals. The project evolved in such a way that allowed us to take photographers to awesome destinations, film them, and just talk to them about their process. All the photographers featured were selected from thousands of talented entries in a contest we run annually.

These are artists you should care about. 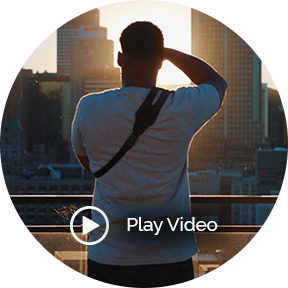 Most photographer’s goals are the same: to allow you see the world through their eyes, the only difference is the perspective they show you. Growing up in NYC- known for flashing lights and fashion, more specifically the Bronx- more so known for its grit and street culture as the birthplace of hip hop, Raheim Simon’s perspective is uniquely his own. Publicly recognized as Black Soap for his dark but clean photography aesthetic, like hip-hop, Raheim has traveled the world bringing his city with him through his photography.

With the magazine industry spiraling in rapid decline Raheim found himself laid off in 2009, but quickly found new inspiration in the then up and coming Instagram. Although a graphic designer, Raheim had never considered photography as another creative outlet; and unable to find photos that resonated with him personally, he began to shoot his own and cultivate his style. That unique perspective has made him a much sought after photographer for brands like American Express, Honda, Nike, Verizon, Adult Swim, and the Tribeca Film Festival.

See Raheim’s Photography on his website or on social media 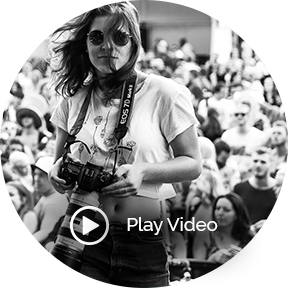 Nicole De Khors is a 23 year old freelance photographer based in Toronto, ON.

Her work spans commercial work, portraiture, fashion, and more. However, she got her start in nightlife photography, and has been passionate about events ever since. 4 years ago, while in university, she picked up a camera for school. After working at various bars in London, Ontario for two years, she had the opportunity to shoot her first music festival, Block Party. At that point, everything changed and she found her ideal genre; music photography.

Upon leaving university, Nicole went on to work on multiple electronic and indie music festivals throughout Ontario, including; Electric Elements, Ever After, Digital Dreams, Block Party, Wayhome, VELD music festival, and more. At these events she photographed renowned artists such as; The Chainsmoker’s, Tiesto, Skrillex, ZEDD, Major Lazer, Flume, Imagine Dragons, Above and Beyond, Zed’s Dead, REZZ, Loud Luxury, Frank Walker, Justice, Armin Van Buuren, Axwell Ingrosso, and many more. She looks forward to continuing to work on these thrilling events in this upcoming festival season, and to expand into working on international festivals.

Her passion for music photography is matched only by her passion for portraiture. So in addition to working on the teams of music festivals, she hopes to work with more artists individually, by documenting their shows, and creating their press and album imagery.

She looks forward to growing as an artist, and seeing where this career can take her.

See Nicole’s Photography on her website or on social media 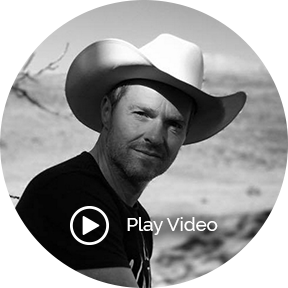 Manfred Baumann was born in Vienna in 1968. The Leica photographer has since presented his works worldwide in the form of exhibitions, books, and calendars. His photographs are displayed in museums as well as in international galleries. Over the past years, Baumann has taken his place among the most influential photographers of our time.

For Manfred Baumann, the fascination of photography lies in departing from the familiar and capturing an impression of the moment. He loves to explore the world through the eyes of a photographer.

To make visible that which others have not seen has been the objective of Baumann’s exhibitions, such as END OF LINE, in which he documented the final journey of death row inmates in Texas; ALIVE, where he photographed homeless persons on the street for one year; and his current project SPECIAL, which showcases Baumann’s portraits of people with intellectual disabilities. His ambition is to break with tradition and the conventional perspective.

The viewer of his photographs should discover the soul and history they embody, and recognize that photography is the only language that can be understood all over the world. As an ardent animal welfare activist, vegetarian, and goodwill ambassador for Jane Goodall, he also ventured into the world of animal photography for the first time with the project MUSTANGS. The project’s works and exhibition will be shown in the Natural History Museum Vienna.

Manfred Baumann also photographed the late Tony Curtis. This was the Hollywood star’s last official photo shoot and did much to bolster Baumann’s considerable fame in the USA.

For more than 20 years, Manfred has been drawn to the most distant places in the world, where his breathtaking landscape photographs are created, and it is only natural that since 2013, he has cooperated with and photographed for National Geographic.

He lives and works in Vienna with his wife and muse Nelly Baumann, although his sojourns to his second home, Los Angeles, have become increasingly frequent and of longer duration. His clientele, however, come from all over the world.

See Manfred’s Photography on his website or on social media 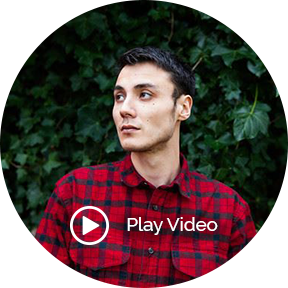 Tom Parker is an adventure and lifestyle photographer from Vancouver Island, B.C. The work that he does is a reflection of his lifestyle and passions, gaining a unique perspective from his surroundings.

Get free updates and workshops, exclusive offers, photography tips, and much more!